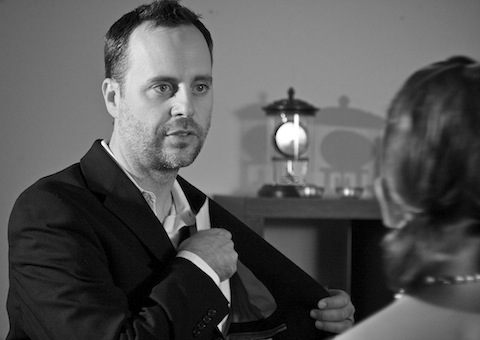 Bob Marquis teaches filmmaking at Metro Tech High School and is the Executive Director / Founder of Sailbear Labs, a 501(c)(3) nonprofit that teaches filmmaking to youth in metro-Phoenix. He was named the 2013 Arizona Filmmaker of the Year by the Phoenix Film Foundation for his work in the Arizona filmmaking community.

Bob was born and raised in the suburbs of Detroit, working in corporate America for 12 years before moving to Phoenix in 2008. His film career began while he was studying improvisation at the Second City-Detroit. In 2004, he began producing and directing the Detroit Neutrino Project, an improvised movie performed live before an audience.

Bob has produced, directed and edited many short films and videos and has won awards for Best Editing (CORDONES, AN UPLIFTING TALE, ROCHAMBEAU), Special Achievement in Art Direction (AN UPLIFTING TALE), Best Sound Design (RAZZAMATAZZ), and was nominated for Best Director (ROCHAMBEAU). For more details, you can view a full list of his films and awards.